National nonresidential construction spending was up by 0.5% in September, according to an Associated Builders and Contractors analysis of data published today by the U.S. Census Bureau. On a seasonally adjusted annualized basis, nonresidential spending totaled $883.9 billion for the month.

“Many projects under construction in America began prior to the rapid increase in borrowing costs that started earlier this year,” said Basu. “With interest rates on the rise and the economy expected to slow, nonresidential spending will likely decline further, at least in segments vulnerable to economic downturns. Contractors that focus on public construction work stand to be in far better shape given recent federal legislation and excess pandemic relief funds waiting to be spent by many state and local governments.” 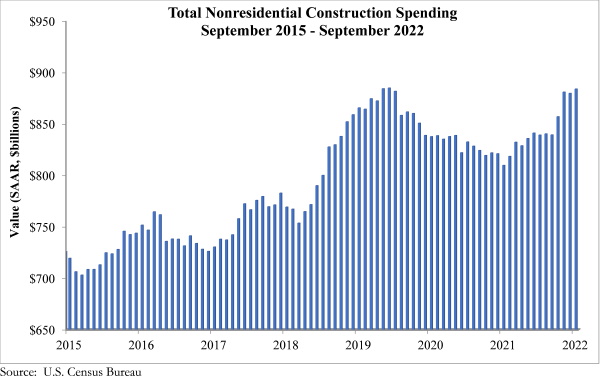 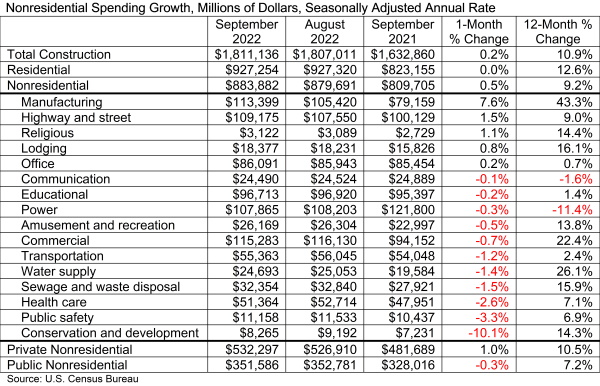