By Jillian StengelJune 3, 2022No Comments

The construction industry added 36,000 jobs on net in May, according to an Associated Builders and Contractors analysis of data released today by the U.S. Bureau of Labor Statistics. On a year-over-year basis, industry employment has expanded by 283,000 jobs, an increase of 3.8%.

The construction unemployment rate decreased to 3.8% in May. Unemployment across all industries remained unchanged at 3.6% last month.

“If we look at a single data point, it appears that the nation is entering a period of slower job growth,” said ABC Chief Economist Anirban Basu. “Today’s estimate reveals job growth has finally fallen below the threshold of 400,000 new jobs a month. It is unclear whether this is primarily due to a lack of workers available to fill open positions or employers balking at high and rising wages. In either case, the implication is that consumer spending power will not expand as rapidly in the months ahead, setting the stage for softer economic growth and eventually slower inflation.

“In economics, it is often the case that bad news is good news and vice versa,” said Basu. “Many will view today’s somewhat weaker jobs report as bad news, but for contractors, this may turn out to be highly positive. To the extent that the economy slows, the Federal Reserve may decide not to raise interest rates as aggressively, at least once the summer is past. That will help moderate increases in the cost of capital, contributing to ongoing demand for construction services, which has slipped in the most recent month, according to ABC’s Construction Confidence Index.” 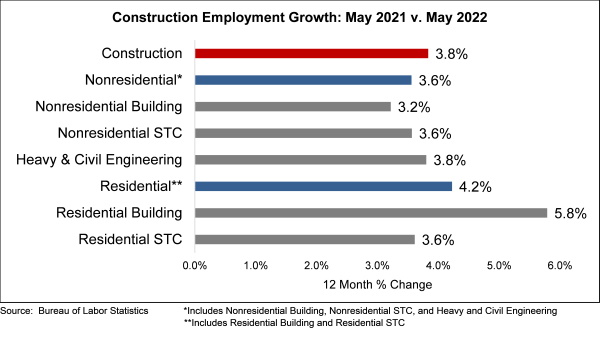 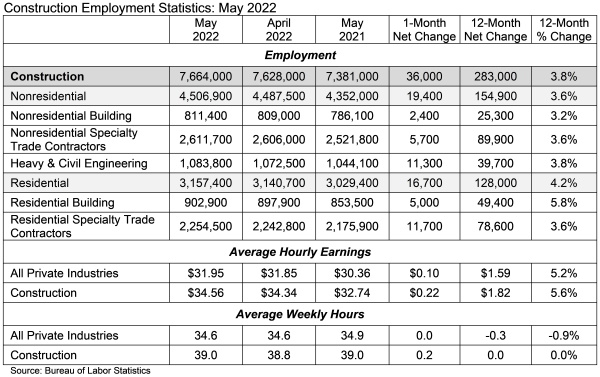